Lawn bowls in Canada has a strong British influence – it owes its introduction to soldiers stationed there in the 18th century – and it is one of the major strongholds of the sport today.

Bowls World is a leading supplier of bowls and bowls accessories from the UK to many countries across the globe. Here we put the sport in Canada under the microscope, looking at its origins and how it grew into one of the most popular pastimes in the country. 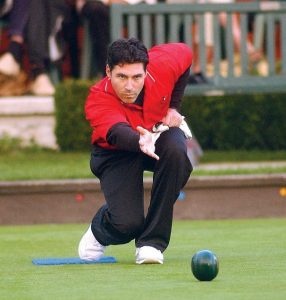 Lawn bowls was first brought to the country by British garrison officers. Annapolis Royal in Nova Scotia was the site of the country’s first bowling green in the 1730s. At the time the city was known as Port Royal and was under British occupation. Army officers stationed in the city successfully petitioned to be allowed to play the sport in an area of the governor’s garden.

The game’s popularity grew over the centuries, both domestically and internationally. Regular matches were played against British touring teams, while friendly games against American sides also helped to re-establish the sport across the border.

Canada was admitted to the International Bowling Board in 1928, 23 years after the organisation was founded by the UK’s home nations. Australia, New Zealand, the USA and South Africa all joined at the same time.

The national governing body was originally called Lawn Bowls Canada, but in 1999 this was changed to Bowls Canada Boulingrin, to reflect the fact that the sport is not just played on grass but on indoor and short mat surfaces too.

Nowadays there are estimated to be more than 18,000 lawn bowlers across the country, and over 270 registered clubs. The country runs its own national men’s, women’s, senior, junior, mixed and blind competitions. Every year Canada has a National Bowls Day, a country-wide celebration of the sport which aims to attract new players.

Canadians have enjoyed plenty of success on the sport’s international stage. Ryan Bester won the men’s silver medal at this year’s Commonwealth Games in Australia. Partnered by fellow countryman Keith Roney, he has also won the pairs gold medal at the World Outdoor Championships in Scotland.

Tim Mason, pictured above, has represented his country at indoor, outdoor and short mat bowls, and has won several medals in the Asia Pacific Championships, while Kelly McKerihen won bronze in the singles at the World Outdoor Championships in 2012 and 2016.

At Bowls World we regularly ship out orders to Canada and many other countries including the USA, Australia, Ireland and Jersey. We supply a wide range of bowls and bowls accessories from our UK base, including a comprehensive selection of clothing.

Whether you are playing indoors or outdoors, we will be able to meet all your bowling needs. We stock all the sport’s leading brands, including Taylor Bowls, Henselite and Drake’s Pride. To visit our online shop, click here.